Vacating An Order Of Default In A Maryland Child Custody Case 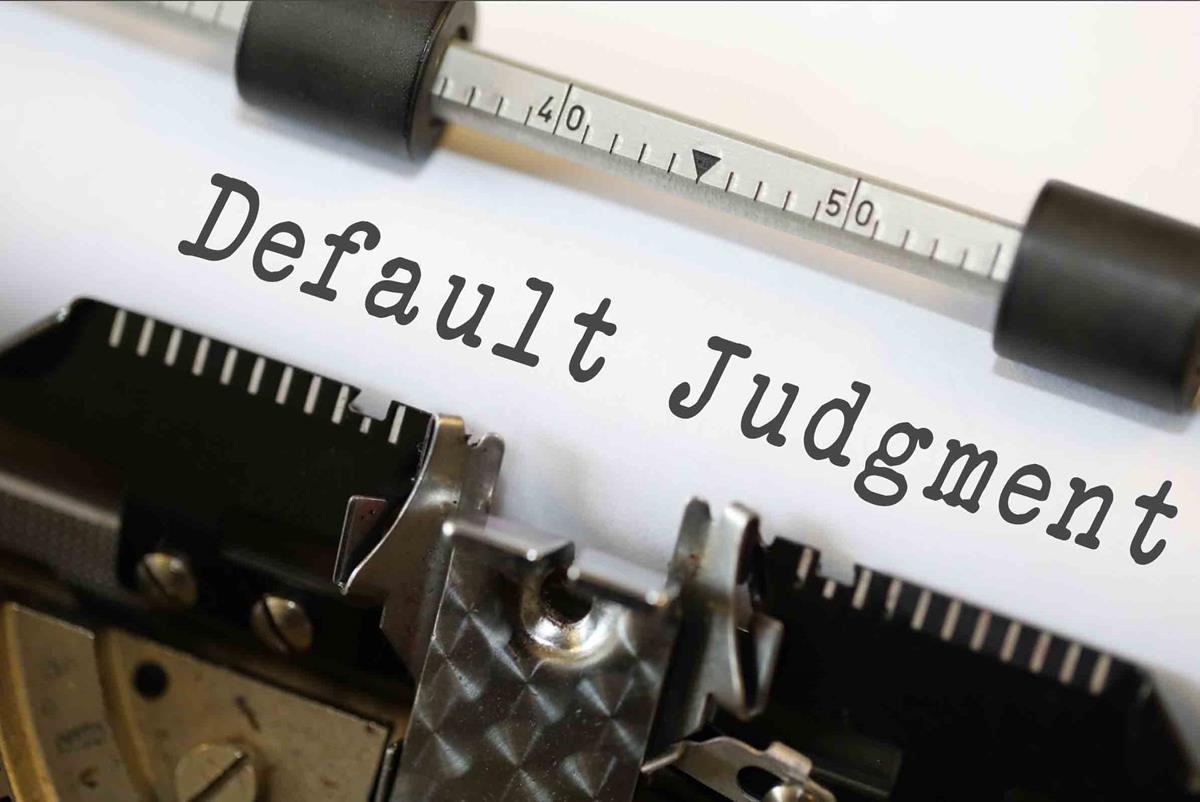 Imagine a scenario where you lose access to your child due to a procedural technicality (of which you may not have been aware), and the court does not even give you a chance to be heard as to what constitutes the best interest of the child. This is what can sometimes happen in the case of an order of default entered in a child custody case. It is, therefore, important for a child custody lawyer to understand how to challenge an order of default in a family law matter.

What Is An Order of Default?

An order of default is the court system’s way of moving a case along when a party fails to respond to a pleading. It is an interlocutory determination that the defaulting party does not wish to challenge the other party’s claim to relief. It is not yet a final default judgment, but rather a preliminary determination that a party’s claim should proceed on an uncontested basis. For instance, in a tort action, an order of default acts as a determination as to liability, leaving the issue of damages to be determined on the merits, either by affidavit or evidence taken at a merits hearing. See Md. R. 2-613(f). This gets tricky in family law cases, since there is never any real liability versus damages dichotomy. For this reason, as explained later in this article, the Maryland Court of Special Appeals has strongly suggested that default judgment has no place in child custody actions.

Maryland Rule 2-613 governs orders of default. Under the Rule, an order of default is the precursor to a default judgment. While often viewed as a type of sanction, it is better understood merely as a procedural means of moving a case along where a party fails to respond to a pleading. An order of default is not necessarily a sanction because Md. R. 2-613 and the case law analyzing the Rule provide ways by which a party may vacate such an order.

For example, Md. R. 2-613(e) provides that a court “shall” – meaning must – vacate an order of default where the defaulting party shows that “there is a substantial and sufficient basis for an actual controversy as to the merits of the action and that it is equitable to excuse the failure to plead.” In other words, if the party has a real defense to the relief claimed, and did not act contumaciously in bringing about the default, then the court usually must vacate the order. Moreover, in Flynn v. May, 157 Md. App. 389, 401 (2004) the Maryland Court of Special Appeals made it clear that, in addition to the leniency provided by Md. R. 2-613(e), trial courts have the “inherent discretion” to vacate orders of default when justice so requires.

In Light Of Flynn v. May, It Is Likely That Orders Of Default Should Be Vacated As A Matter Of Course Upon Request By The Defaulting Party In Maryland Child Custody Cases, Even If The Party Offers No Good Excuse For Their Failure To Plead

Flynn involved a child custody dispute where the mother never officially filed an answer to the father’s complaint, and never moved to vacate the order of default entered against her. Since the order of default remained in place at the time of the merits hearing, the trial court did not permit the mother or her witnesses to testify. The trial judge believed that a default judgment was warranted pursuant to Md. R. 2-613(f). Accordingly, the court modified custody by awarding primary custody to the father by default, and further ordered the mother to pay child support in the amount of $221.00 per month. To add insult to injury, the judge ended the hearing with the following parting words to the mother:

Flynn, 157 Md. App. at 399. The mother filed an appeal, and the appellate court reversed the lower court’s ruling, holding that “the circuit court applied the default judgment rule too rigidly and failed to take into proper consideration the more flexible subsections, (e) and (f), that ameliorate subsection (b)’s facial harshness,” when it prohibited the mother from presenting witnesses or other evidence. Id.

It is worth noting the facts of the case. The parties’ minor child was one day shy of seven on the day of the custody hearing, and the mother had enjoyed primary custody of the child since his birth. Prior to the hearing, the father enjoyed visitation on weekends from Saturday morning until Sunday evening, and on Monday and Wednesday evenings from 3:00 p.m. until 8:00 p.m. This arrangement was pursuant to an informal agreement among the parties as no custody order was in place prior to the hearing. Concerning the nature of the default, the mother did attempt to file an answer, but the clerk returned the response to the mother because it lacked a certificate of service. Despite the purely technical nature of the mother’s offense, “her ineffectual attempt was a non-answer” and “the Order of Default was properly entered.” Id. at 393 (emphasis added). Moreover, the mother had “proper notice” of the order of default, but did not file a motion to vacate the order in accordance with Md. R. 2-613(d). Id. at 395.

In determining that the trial judge erred, the Flynn court began its analysis by observing that an order of default “is interlocutory in nature and can be revised by the court at any time up until the point a final judgment is entered.” Id. at 394 (quoting Bliss v. Wiatrowski, 125 Md. App. 258, 265 (1999)). This was significant because “[a] trial judge possesses very broad discretion to modify an interlocutory order where that action is in the interest of justice.” Id. at 400 (quoting Banegura v. Taylor, 312 Md. 609, 619 (1988)). This “inherent discretion” meant that the trial judge in Flynn, “at the very least, possessed the discretion to take notice of the issues described in subsection (e) [of Md. R. 2-613] and was not precluded from doing so by the Mother’s failure to satisfy subsection (d).” Id. at 400-01. The trial judge thus erred because he did not exercise this discretion, and thereby “applied the default judgment rule too rigidly.” Id. at 399.

Flynn also noted that, even when an order of default is appropriate, it establishes only liability, and “does not extend to the question of damages.” Id. at 404. As such, even though a defaulting party “may not . . . offer evidence on the issue of liability,” they “may nonetheless appear and present evidence on the distinct issue of damages.” Id. at 404-05 (citing Maryland Rules Commentary, 472-73). In a child custody case, an award of custody is itself the ultimate relief sought, and thus is “more akin to . . . [a] determination of damages than to its threshold issue of liability.” Id. at 407. The trial judge, therefore, further erred by not permitting the mother to present witnesses and other evidence. Id. at 411.

Seven-year-old Bryant had an indefeasible right to have any custody determination concerning him made, after a full evidentiary hearing, in his best interest. He did not lose that right when his Mother failed to file a proper responsive pleading to the Father’s complaint.

Id. at 410. Lastly, the court’s final paragraph could not have been more clear:

As sorely tempted as we are to hold flatly that the default judgment procedure of Maryland Rule 2-613 is not applicable to child custody disputes, it is not necessary to go so far. . . . We nevertheless note that it is impossible for us to conjure up a hypothetical in which a judgment by default might ever be properly entered in a case of disputed child custody. We are not hereby transforming our dicta into a holding. We are, however, unabashedly adding deliberate weight to the dicta. Our comments are not random, passing, or inadvertent.

Valid Excuses For Failing To Respond To A Pleading

This article focuses solely on orders of default entered in Maryland child custody cases. As outlined above, Flynn essentially suggests that no excuse is needed to vacate an order of default in a child custody case because the best interest of the child alone makes it “equitable to excuse the failure to plead” under Md. R. 2-613(e). In light of Flynn, it is likely that the only scenario in which a party may be denied the opportunity to present evidence at a child custody hearing is where the party is sanctioned after flagrant discovery violations. See Williams v. Skelton, No. 1887, Sept. Term 2016, 2017 WL 2982310 (Md. Ct. Spec. App. July 13, 2017) (Moylan, J.). Although Williams is an unpublished decision, it was authored by the same judge who wrote the Flynn decision, and cited at length to Flynn in order to distinguish the two cases.

However, not all cases are family law matters, and Flynn drew a stark contrast between child custody cases and suits where the primary focus is money:

Whereas in the ordinary civil suit, two litigants are fighting about money, in a child custody contest the very object of the suit is a real, albeit unnamed, party whose best interest transcends that of either formal litigant.

157 Md. App. at 391. As such, in non-child custody cases, a trial court would be within its discretion in requiring some justification for a party’s failure to plead before vacating an order of default. A separate article will analyze such excuses that the courts have deemed valid.