Did the Rittenhouse Jury Get It Right? 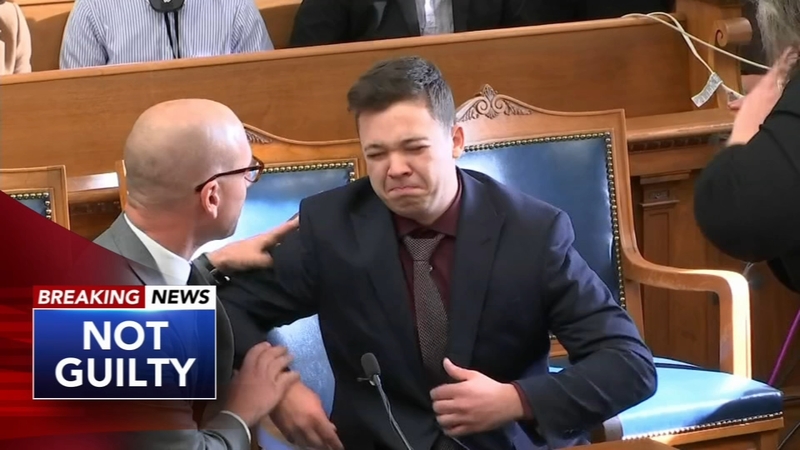 We live in a divided country. Everything is political. It seems that no one can agree on anything, and every disagreement is evidence of racism or some other form of hate. It is almost as if there are two football teams, and half the country supports one and the other half supports the other, mindlessly, as if they were indoctrinated into two different cults.

This article focuses solely on logic and the law, without some hidden agenda. We are not interested in using Mr. Rittenhouse to argue in favor of or against gun laws, or using him to foster even more unrest between whites and blacks. We just simply want to answer the question on everyone’s mind: did the Rittenhouse jury get it right?

Background: The Calm Before The Storm

Kyle Rittenhouse and at least one of his friends were in Kenosha, Wisconsin on August 25, 2020 during a night of civil unrest. Mr. Rittenhouse took first-aid supplies with him, and was armed with a semi-automatic, AR-15 style rifle. Mr. Rittenhouse was 17 at the time, and said he was there to protect a car dealership at the request of the car dealership’s owners, and also to try and help anyone if he saw them injured during the protests.

Two of the dealership owners, Sahil and Anmol Khindri, testified that they did not ask Mr. Rittenhouse or anyone else to protect the property. However, a photo taken on the day of the incident was admitted into evidence, and showed Sahil Khindri standing side-by-side with Mr. Rittenhouse and other armed men. 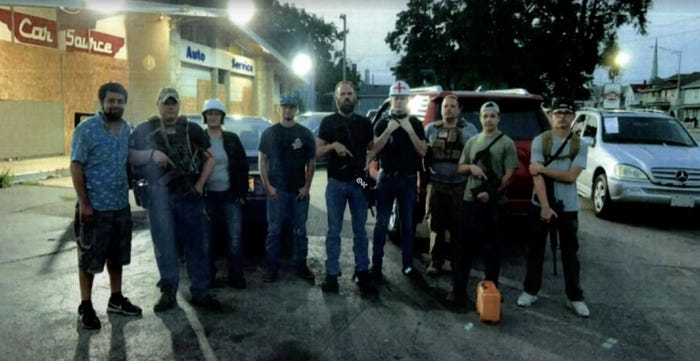 Later that night, police officers offered Mr. Rittenhouse and the other armed men water out of appreciation. After speaking with the officers, he left the dealership.

Six minutes later, chaos broke out. Mr. Rittenhouse was walking alone with a fire extinguisher to put out fires started by protesters at other car lots. At that point, Joseph Rosenbaum started running at Mr. Rittenhouse. Earlier that night, Mr. Rosenbaum had screamed at Mr. Rittenhouse and the other armed men, yelling, “If I catch any of you (expletives) alone I’m going to (expletive) kill you.”

A group of protesters then chases after Mr. Rittenhouse. He again tries to run away. Unfortunately, a protester hits him in the head, causing Mr. Rittenhosue to trip and fall. About a second later, another protester jump kicks Mr. Rittenhouse. Then, the second fatal shooting occurs. This shooting is also caught on camera.

Within seconds, Mr. Rittenhouse is then faced with yet another protester, Gaige Grosskreutz. This leads to the third shooting. This incident is also captured on video.

Wisconsin codifies its self-defense law at Wis. Stat. § 939.48. Paragraph (1) recognizes that a person may use deadly force in self-defense if they “reasonably believe[ ]” that such force is “necessary to prevent imminent death or great bodily harm.” There is one caveat, however. Paragraph (2) provides:

(a) A person who engages in unlawful conduct of a type likely to provoke others to attack him or her and thereby does provoke an attack is not entitled to claim the privilege of self-defense against such attack, except when the attack which ensues is of a type causing the person engaging in the unlawful conduct to reasonably believe that he or she is in imminent danger of death or great bodily harm. In such a case, the person engaging in the unlawful conduct is privileged to act in self-defense, but the person is not privileged to resort to the use of force intended or likely to cause death to the person’s assailant unless the person reasonably believes he or she has exhausted every other reasonable means to escape from or otherwise avoid death or great bodily harm at the hands of his or her assailant.

(b) The privilege lost by provocation may be regained if the actor in good faith withdraws from the fight and gives adequate notice thereof to his or her assailant.

In other words, a person who provokes an attack may only use deadly force in self-defense if (a) they reasonably believe they are in danger of death or great bodily harm and (b) they first try to run away or otherwise escape the situation they caused.

Now that we know the evidence, and the law, it is time to analyze whether the evidence fits into Wisconsin’s self-defense law.

Analyzing the Evidence in Light of the Law

At the outset, it is worth nothing that, with all three shootings, the video footage shows Mr. Rittenhouse is always trying to run away. So, it is questionable whether the provocation caveat should even come into play. Nevertheless, even if one does believe that Mr. Rittenhouse was an instigator, the fact that he is always running away and trying to escape before even considering firing his rifle clearly shows that he consistently “withdraws from the fight” in a way that is unmistakable to his “assailants.” Therefore, § 939.48(2)(b) is objectively satisfied by the evidence, and the law allowed Mr. Rittenhouse to use self-defense.

Stated otherwise, imagine you have a large rifle, and some enraged guy is still running after you, after having threatened to kill you earlier. How would you not fear for your life?

Under these circumstances, there is only one reasonable conclusion a jury could reach. Mr. Rittenhouse exercised his right to self-defense under § 939.48.

With regard to Mr. Huber and Mr. Grosskruetz, a similar analysis applies. First, we again see Mr. Rittenhouse desperately trying to run away from the mob of protesters chasing him. So again, even if he somehow was initially an instigator (which is doubtful since he was just running away the whole time), he once again falls under the protection of § 939.48(2)(b) by trying to escape the situation.

Secondly, with respect to whether Mr. Rittenhouse feared death or great bodily harm, we again have to use our common sense. After being knocked to the ground by one protester, and then jump kicked by some other random protester, Mr. Rittenhouse is then hit hard with a skateboard by Mr. Huber. Imagine you are running away from an angry mob, someone from the mob hits you on the head, you trip and fall, someone jump kicks you, and then someone else strikes you with a skateboard. At this point, are you feeling happy as if life is normal, or are you in fear for your life?

Under these circumstances, it is difficult to imagine how any honest person could claim Mr. Rittenhouse was not in fear of his life. A guy hits you with a skateboard and then tries to take away your gun – the one and only thing that might save your life from an angry mob of protesters hitting and jumpkicking you. Do you really want to find out what is going to happen if they disarm you and leave you defenseless?

The answer is, obviously, no. Mr. Rittenhouse was clearly acting in self-defense with respect to Mr. Hubor.

Did the jury get it right? Yes, of course they did. Mr. Rittenhouse tried to run away several times, but was relentlessly pursued. He never pulled the trigger until his assailants were quite literally right on him. No reasonable and honest person in Mr. Rittenhouse’s shoes would have rolled the dice to see what any of his three assailants planned to do to him. In each of the three cases, had Mr. Rittenhouse not exercised self-defense, he probably would have died on the night of August 25, 2020.

It is irresponsible for certain media outlets to accuse the jury of some type of racism. In fact, it is irresponsible for those news outlets to try to make any aspect of this case about race or a political agenda. Mr. Rittenhouse, and the three people who chased him down and tried to hurt him, were all white. This was not about race, and it was not about politics. It was about self-defense.

The jurors in this case are heroes. They did not get consumed by the misinformation and spin regurgitated out of our so-called news outlets that continue to divide our country. Instead, these twelve men and women bravely stuck to the facts, and faithfully rendered a verdict grounded in logic.